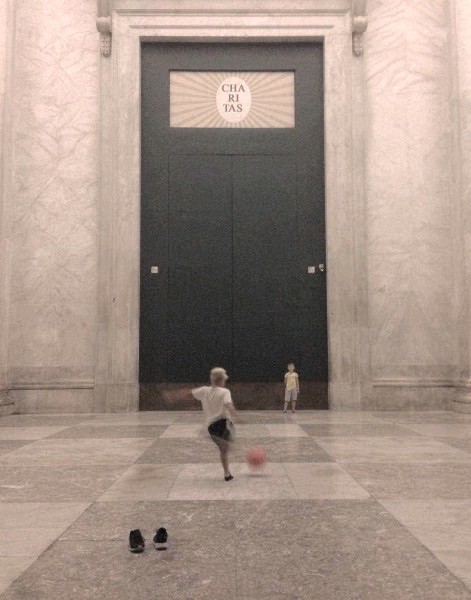 Isolde, Brangäne and Marke by Barbara Kinga Majewska is not going to last 4 hours and although based on Richard Wagner's opera, it will be as far from the harmonic orgy of the original as possible. A solo vocalist with no tape and no electronics. Majewska is rather on the path opened up already by Friedrich Nietzsche, an advocate of stepping away from the pompous Teutonic masculinity of Wagner and replacing it with a minor femininity. The scale, the harmony, the mass of sound, the volume are all reduced to several motives revealing the turnpikes of the myth and its sonic covering. Focusing on Tristan's gaze, Majewska finds it to be a crucial dramaturgical point of Wagner's rendition of the myth. Not unlike Homo Sacer, Tristan appears to be an outcast who suspends the law – law of state, law of social strata, law of customs – by a mere, if not minor, "passive activity" of his penetrating gaze. Isolde, Brangäne and Marke is part of MINOR MUSIC curated by Michał Libera.

MINOR MUSIC is an ironic commentary on the idea of the master-piece. Three musical milestones are reinterpreted in a new, deliberately small setting. This brings the musical substance of the works by Johann Sebastian Bach, Richard Wagner, and Karlheinz Stockhausen to the fore. At the same time, this loss of their grandeur and sublime facade also means that the works are at constant risk of descending into the ridiculous.